Not to be confused with Best Day Off Ever.

Best Year Ever was a year-long campaign that was held worldwide and celebrated the 20th anniversary of SpongeBob SquarePants. "SpongeBob's Big Birthday Blowout" debuted as part of the event. It would conclude with the release of The SpongeBob Movie: Sponge on the Run.[1] But that didn't become a reality because the Coronavirus pandemic began circulating around the world. They decided to delay it to July, but then it was cancelled for the same reason.

Nickelodeon Germany would host SpongeBobs große Geburtstagssause (English: SpongeBob's Great Birthday Break) from July 12 to 14. Host Sascha Quade would welcome famous fans and others in a glass studio located on the Marlene-Dietrich-Platz in the center of Berlin, nicknamed "SpongeBox," such as German voice actor of SpongeBob Santiago Ziesmer, singer Lukas Rieger, the duo Die Lochis, YouTube star Freshtorge, grill master Tom Heinzle, presenter Johanna Klum, rapper Fargo, the cast of the popular Nickelodeon series Spotlight, as well as other guests. Fans could also come over the SpongeBox and congratulate the show. The event would be followed by a 48-hour SpongeBob Live-Show, including live recordings from the SpongeBox, which could also be seen online at SpongeBob.de, and special musical performances.[2]

From July 2 to 8, the Silesian Street in Berlin-Kreuzberg would also be receiving a special tribute to the show, as well-known graffiti artist and self-proclaimed SpongeBob fan HRVB would dedicate a huge mural to the show in a unique Berlin style Housing wall.

A SpongeBob pop-up channel was added on Pluto TV in Germany and Austria on July 12, 2019, airing episodes from the show's first five seasons.[3]

Commissions in other countries

Another event named SpongeBob PartyPants was hosted at Our Tampines Hub in Tampines, Singapore on July 27-28, 2019. It featured party game stations with activities such as a "jellyfishing race," the "goofiest ice-cream fight," and "hoping around Goo Lagoon," as well as photo sessions with SpongeBob, Squidward and Patrick. The main characters, as well as others like the Flying Dutchman, Mermaid Man and Barnacle Boy, would be present. The latter-day, there would be a screening of The SpongeBob Movie: Sponge Out of Water at the building's Festive Plaza. By participating in the required game stations and redeem limited edition collectibles, visitors could also receive a free Krusty Krab take-out bag.[6][7] By obtaining a Golden Pickle on the SpongeBob Run app, taking a screenshot of that moment, and bringing it to the Mystery Gift Counter, the first 300 visitors could also win a mystery gift.

An event named Seronoknya Raya was held in May and June 2019 at the Paradigm Mall Johor Bahru in Johor, KL Gateway Mall in Wilayah Persekutuan Kuala Lumpur, and Paradigm Mall, Petaling Jaya in Selangor. It would include Raya-themed games and activities at special SpongeBob SquarePants-themed areas.[8]

A party was hosted at the 49th Giffoni Film Festival on July 20, 2019, which included a screening of "SpongeBob's Big Birthday Blowout."[9]

Nickelodeon and SKY New Zealand launched a 24-hour SpongeBob pop-up channel, which operated from July 6 till 21, 2019, on SKY.[10]

A SpongeBob special event was hosted by Nickelodeon Japan on the Tokyo Summerland aquatic amusement park in Akiruno from July 15 until 17, which included meet and greet, and special photo booths. There was also a contest held, to give fans the chance to voice a character in an episode of the series. It was reported that the recordings would take place at the Tokyo Metropolitan Area on July 15.[11]

In July 2019, it was announced that Nike would release a Kyrie x SpongeBob SquarePants collection of 5 shoe models, each one based from one of the show's five main characters: SpongeBob, Patrick, Squidward, Mr. Krabs and Sandy.[12]

A SpongeBob beauty line was produced and released by HipDot Studios, offering products inspired by characters and featuring a palette, blush bronzer, lip glosses, and face masks of SpongeBob and Patrick, that play on the colors of the show.[14]

On Nickelodeon channels in Greece, France, Germany, Wallonia, Central and Eastern Europe, Portugal, Spain and Italy, through summer 2019, there would be marathons named Best Yellow Summer Ever airing at Saturday afternoons.[1][17][18]

Weelky marathons started airing on Nickelodeon Greece on July 6, every Saturday at 6:30pm.[19] Right before the start of a Nickelodeon program, an ident promoting the event would appear; a sponge with square glasses would present facts about characters from the show (such as Gunther Fitz's statement in "Mrs. Puff, You're Fired," that SpongeBob has failed the boating test 1,258,056 times).

Weekly marathons started airing on Nickelodeon Wallonia on July 6, every Saturday at 3:00pm.[20]

Between July 8 and 14, Nick HD+ would also air marathons in mornings.

YTV aired on July 13 and 14, a marathon of episodes, along with an airing of The SpongeBob Movie: Sponge Out of Water.[21]

Every SpongeBob Ever was a marathon that aired on Nicktoons from July 7 till 11. Despite being halted for unknown reasons, resulting in over 70 half-hours not airing, the marathon was the longest one of the series, since The Ultimate SpongeBob SpongeBash, a marathon for the series' 10th anniversary.

The following episodes aired during the Best Yellow Summer Ever marathon on July 13, 2019:

New episodes that premiered in the United States

Every SpongeBob Ever
Since "SpongeBob's Big Birthday Blowout" was announced after the Kids' Choice Awards 2019. Nickelodeon continued to air new episodes on late June 2019 with "King Plankton" and "Stormy Weather," it aired the The SpongeBob Musical: Live on Stage!, on December 7, and two specials that involved with Patchy the Pirate such as "Patchy's Playlist" and "SpongeBob Appreciation Day: Patchy's Beach Bash!. Until things were later changed in 2020, it was originally going to air a large amount of new episodes to premiere in April 2020 due to the release of The SpongeBob Movie: Sponge on the Run, but due to the coronavirus outbreak, plans were changed. It was decided to delay it to July, but then it was cancelled. The event ended on January 18 with "Escape from Beneath Glove World." Not counting the new episodes that premiered on February 8, March 7, April 11, and July 17.

Here are the new episodes that premiered in Best Year Ever:

Nickelodeon HD US - So Much Summertime 2019 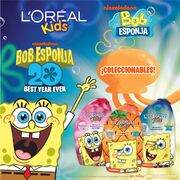 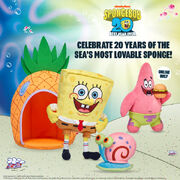 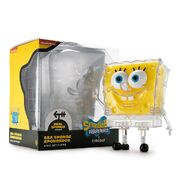 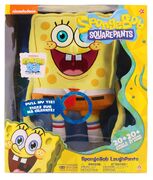 Retrieved from "https://spongebob.fandom.com/wiki/Best_Year_Ever?oldid=3504649"
Community content is available under CC-BY-SA unless otherwise noted.